"You probably won't like what I am going to say, but Giulia and I were talking

insert would make your living room too hot. We thought that a good solution

would be to open up the wall, say with an arch, to increase space, making

two rooms into one," said Roberto rather reluctantly . 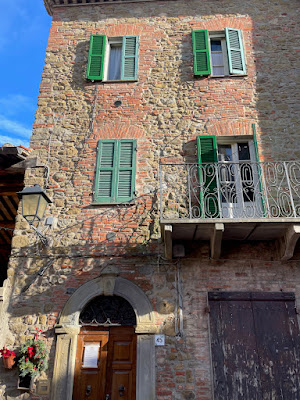 James countered," these walls are two feet thick, do you know how much that would cost?"

"Well yes, that is why I hesitated to mention it," replied Roberto.

James had one of those three am. moments when he realized that an arch

was a problem solver........albeit an expensive one!

As you can see, it was now or never......and the now is an arch creating

one nicely proportioned room.....with a fireplace and insert. 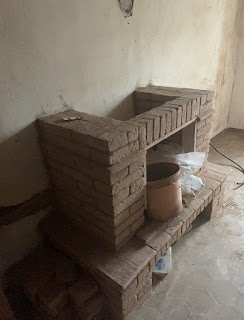 This is the view from our house across to the Comune. 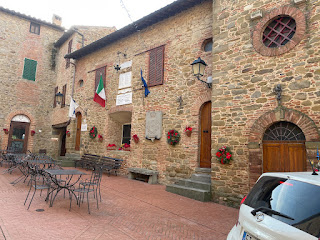 Subscribe To Aponovich and Johansson At Home and Away